Hyperbaric oxygen therapy together with neuro-rehabilitation is a unique concept, one of its kind in Europe.

Patients with cerebral palsy, traumatic brain injury, or after a stroke may in addition to the proven concept of space medicine therapy resort to hyperbaric oxygenation.

In the hyperbaric oxygenation (HBO therapy, the body receives oxygen under heightened pressure. In the hyperbaric chamber “the body awakens with the help of breathing .” The so-called. sleeping neurons in the central nervous system are activated. Brain ability (capacity) to learn increases. Motoric system becomes more “apt to learn” can withstand a higher load. Followed by training new information can be better “anchored” in the brain. Thus, the central nervous system learns proper movement patterns. 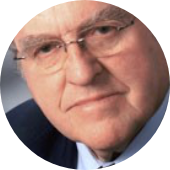 Univ.Prof.hcmult.Dr.Dr. Franz Gerstenbrand of Karl Landsteiner Institute, specialist in space medicine therapy, along with medical personnel from the Adeli Centers created a new concept of therapy: ,, The concept comes from the US, where proprioception in combination with hyperbaric oxygenation has already been proved successful and were studies in which I participate were published. It is in neurorehabilitation in combination with innovative therapies, that we might expect improvements. Adeli center pioneered in the unique combination of these methods in rehabilitation of patients with central nervous system injuries, in Europe.”

HBOT reduces spasticity, visual, hearing and speech impairment. Although improvements are individual, use of a combination of HBOT, rehabilitation and other supplemental methods may cause significant improvements in health.

Improvements of 40-100% is suggested. Significant reduction of spasticity in improvements in function of neurons are noted in the affected areas of the brain and rise of the partial pressure of oxygen in hypoxic muscle occurs. Furthermore, mental and cognitive performance increases.

there is evidence that HBOT administered in the first 4 hours after injury reduces damage to the spine and improves subsequent rehabilitation.

HBOT reduces spasticity, visual, hearing and speech impairment. Although improvements are individual, use of a combination of HBOT, rehabilitation and other supplemental methods may cause significant improvements in health.

The HBO facility is made up of a 12-digit pressure chamber of the HAUX-STARMED 2200 / 5.5 / XL type of the German manufacturer HAUX-Life Support, GmbH with additional 2 places in the pre-chamber. It is possible to treat a patient on the bed in the chamber.

We use cookies on our website to give you the most relevant experience by remembering your preferences and repeat visits. By clicking “Accept All”, you consent to the use of ALL the cookies. However, you may visit "Cookie Settings" to provide a controlled consent.
Cookie SettingsAccept All
Manage consent

This website uses cookies to improve your experience while you navigate through the website. Out of these, the cookies that are categorized as necessary are stored on your browser as they are essential for the working of basic functionalities of the website. We also use third-party cookies that help us analyze and understand how you use this website. These cookies will be stored in your browser only with your consent. You also have the option to opt-out of these cookies. But opting out of some of these cookies may affect your browsing experience.
SAVE & ACCEPT
Powered by